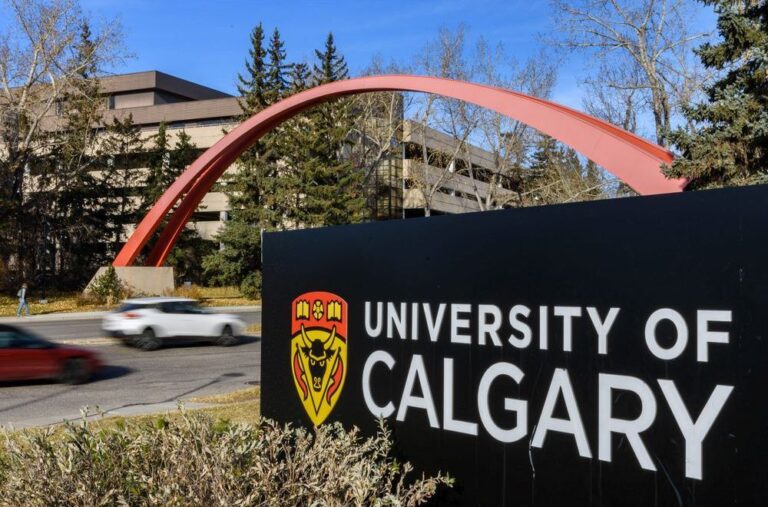 The University of Calgary is a public research university located in Calgary, Alberta, Canada. The University of Calgary started in 1944 as the Calgary branch of the University of Alberta, founded in 1908, prior to being instituted into a separate, autonomous university in 1966. It is composed of 14 faculties and over 85 research institutes and centres. The main campus is located in the northwest quadrant of the city near the Bow River and a smaller south campus is located in the city centre. The main campus houses most of the research facilities and works with provincial and federal research and regulatory agencies, several of which are housed next to the campus such as the Geological Survey of Canada. The main campus covers approximately 200 hectares (490 acres).