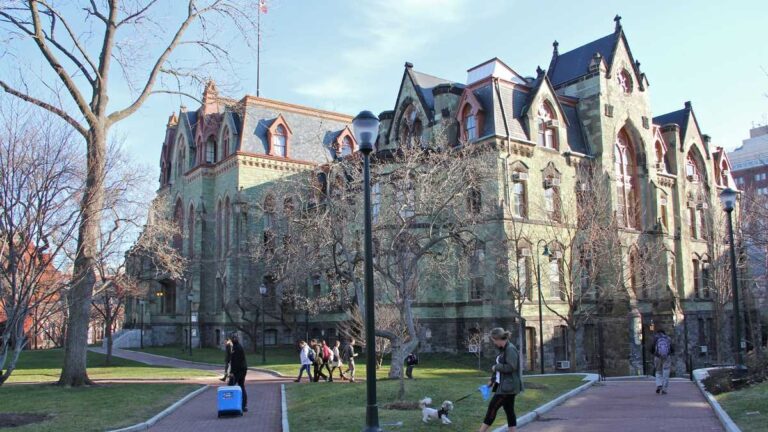 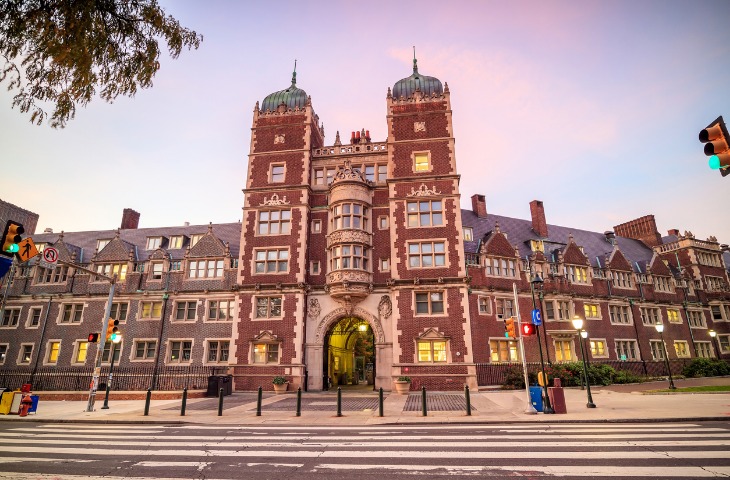 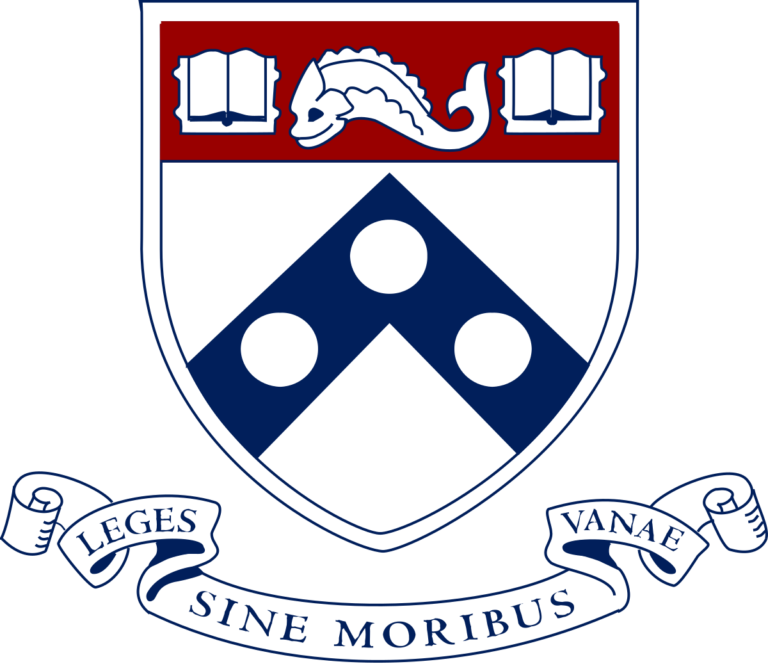 Penn has a proud tradition of translating knowledge into social-minded action that dates back to our founder Benjamin Franklin. This tradition of active pragmatism, articulated in Franklin’s maxim “well-done is better than well-said,” lives today through the Penn Compact 2022 and its the inclusive policies, innovative work, and impactful engagement of our faculty, students, and staff.

HISTORY
Penn dates its founding to 1740, when a plan emerged to build a Philadelphia charity school that would double as a house of worship. After construction was underway, however, the cost was seen to be much greater than the available resources, and the project went unfinished for a decade.

Franklin’s Vision
In 1749, Benjamin Franklin—printer, inventor, and future founding father of the United States—published his famous essay, “Proposals Relating to the Education of Youth,” circulated it among Philadelphia’s leading citizens, and organized 24 trustees to form an institution of higher education based on his proposals. The group purchased the building and in 1751, opened its doors to children of the gentry and working class alike as the Academy and Charitable School in the Province of Pennsylvania. Franklin served as president of the institution until 1755 and continued to serve as a trustee until his death in 1790.

Franklin’s educational aims, to train young people for leadership in business, government, and public service, were innovative for the time. In the 1750s, the other Colonial American colleges educated young men for the Christian ministry, but Franklin’s proposed program of study was much more like the modern liberal arts curriculum. His fellow trustees were unwilling to implement most of his then-radical ideas though, and Penn’s first provost, William Smith, turned the curriculum back to traditional channels soon after taking the helm from Franklin.
In addition to challenging the educational conventions of the day, Franklin pushed boundaries that moved science and society forward and helped shape America’s very nationhood. He was a member of the Second Continental Congress, a drafter and signer of the Declaration of Independence and U.S. Constitution, and played a pivotal role in recruiting French aid for the Americans during the Revolutionary War. Franklin later signed the Treaty of Paris, officially ending the conflict with the British Empire.

His broad knowledge spanned multiple disciplines, and far from regarding it as an end in itself, he saw knowledge as an asset that required practical application to be of value. His many essential inventions range from bifocals and the lightning rod to the iron furnace stove and odometer.

Beyond that, the civic institutions that Franklin helped launch include the country’s first subscription library (1731) and first hospital (1751), in addition to what would become America’s first university, the University of Pennsylvania, in 1749.

In the years that followed, Penn went on to obtain a collegiate charter (1755), graduate its first class (1757), establish the first medical school in the American colonies (1765) and become the first American institution of higher education to be named a university (1779). In 1802, the University expanded to another campus, but by the 1860s had outgrown even that space, so in 1872 the trustees built a new campus in the street-car suburb of West Philadelphia.

Franklin’s Influence & the Modern University
To this day, Penn’s 299-acre West Philadelphia campus reflects its rich heritage—a heritage closely bound with the birth of the United States—boasting more than 180 buildings and many notable landmarks, including the nation’s first student union and first double-decker college football stadium.

The 190 research centers and institutes on campus also reflect the University’s innovative, civic-minded, and pragmatic creator: More than 250 years after Ben Franklin broke new ground in founding Penn, its faculty, students, and alumni continue to make breakthroughs in research, scholarship, and education. Its many subsequent “firsts” include the world’s first collegiate business school (Wharton, 1881); the world’s first electronic, large-scale, general-purpose digital computer (ENIAC, 1946); and the first woman president of an Ivy League institution (Judith Rodin, inaugurated in 1994); as well as the first woman Ivy League president to succeed another woman (Amy Gutmann, inaugurated in 2004).

From campus walkways engraved with Franklin’s words of wisdom to the University’s most important strategic initiatives such as Penn Compact 2022, the President’s Engagement Prizes, and the President’s Innovation Prizes, Penn continues to educate and inspire future leaders to move our now-global society forward.