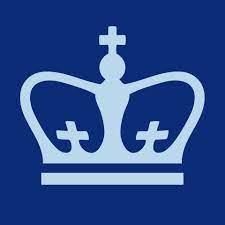 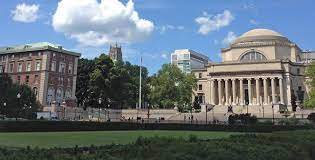 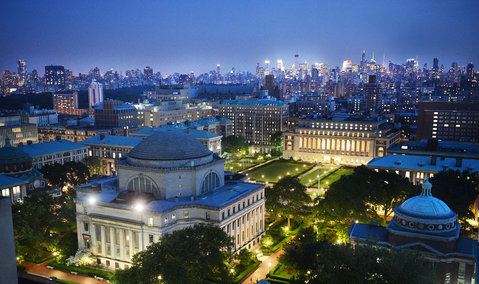 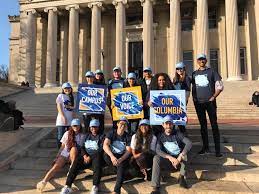 Columbia University was founded in 1754 as King’s College by royal charter of King George II of England. It is the oldest institution of higher learning in the state of New York and the fifth oldest in the United States.

Controversy preceded the founding of the College, with various groups competing to determine its location and religious affiliation. Advocates of New York City met with success on the first point, while the Anglicans prevailed on the latter. However, all constituencies agreed to commit themselves to principles of religious liberty in establishing the policies of the College.

In July 1754, Samuel Johnson held the first classes in a new schoolhouse adjoining Trinity Church, located on what is now lower Broadway in Manhattan. There were eight students in the class. At King’s College, the future leaders of colonial society could receive an education designed to “enlarge the Mind, improve the Understanding, polish the whole Man, and qualify them to support the brightest Characters in all the elevated stations in life.” One early manifestation of the institution’s lofty goals was the establishment in 1767 of the first American medical school to grant the M.D. degree.

The American Revolution brought the growth of the college to a halt, forcing a suspension of instruction in 1776 that lasted for eight years. However, the institution continued to exert a significant influence on American life through the people associated with it. Among the earliest students and trustees of King’s College were John Jay, the first chief justice of the United States; Alexander Hamilton, the first secretary of the treasury; Gouverneur Morris, the author of the final draft of the U.S. Constitution; and Robert R. Livingston, a member of the five-man committee that drafted the Declaration of Independence.

The college reopened in 1784 with a new name—Columbia—that embodied the patriotic fervor that had inspired the nation’s quest for independence. The revitalized institution was recognizable as the descendant of its colonial ancestor, thanks to its inclination toward Anglicanism and the needs of an urban population, but there were important differences: Columbia College reflected the legacy of the Revolution in the greater economic, denominational, and geographic diversity of its new students and leaders. Cloistered campus life gave way to the more common phenomenon of day students who lived at home or lodged in the city.

In 1857, the College moved from Park Place, near the present site of city hall, to Forty-ninth Street and Madison Avenue, where it remained for the next forty years. During the last half of the nineteenth century, Columbia rapidly assumed the shape of a modern university. The Columbia School of Law was founded in 1858. The country’s first mining school, a precursor of today’s Fu Foundation School of Engineering and Applied Science, was established in 1864 and awarded the first Columbia Ph.D. in 1875.

When Seth Low became Columbia’s president in 1890, he vigorously promoted the university ideal for the College, placing the fragmented federation of autonomous and competing schools under a central administration that stressed cooperation and shared resources. Barnard College for women had become affiliated with Columbia in 1889; the medical school came under the aegis of the University in 1891, followed by Teachers College in 1893. The development of graduate faculties in political science, philosophy, and pure science established Columbia as one of the nation’s earliest centers for graduate education. In 1896, the trustees officially authorized the use of yet another new name, Columbia University, and today the institution is officially known as Columbia University in the City of New York.

In 1897, the university moved from Forty-ninth Street and Madison Avenue, where it had stood for forty years, to its present location on Morningside Heights at 116th Street and Broadway. Seth Low, the president of the University at the time of the move, sought to create an academic village in a more spacious setting. Charles Follen McKim of the architectural firm of McKim, Mead, and White modeled the new campus after the Athenian agora. The Columbia campus comprises the largest single collection of McKim, Mead & White buildings in existence.

The architectural centerpiece of the campus is Low Memorial Library, named in honor of Seth Low’s father. Built in the Roman classical style, it appears in the New York City Register of Historic Places. The building today houses the University’s central administration offices and the visitors center.

A broad flight of steps descends from Low Library to an expansive plaza, a popular place for students to gather, and from there to College Walk, a promenade that bisects the central campus. Beyond College Walk is the South Campus, where Butler Library, the university’s main library, stands. South Campus is also the site of many of Columbia College’s facilities, including student residences, Alfred Lerner Hall (the student center), and the College’s administrative offices and classroom buildings, along with the Graduate School of Journalism.

To the north of Low Library stands Pupin Hall, which in 1966 was designated a national historic landmark in recognition of the atomic research undertaken there by Columbia’s scientists beginning in 1925. To the east is St. Paul’s Chapel, which is listed with the New York City Register of Historic Places.

Many newer buildings surround the original campus. Among the most impressive are the Sherman Fairchild Center for the Life Sciences and the Morris A. Schapiro Center for Engineering and Physical Science Research. Two miles to the north of Morningside Heights is the 20-acre campus of the Columbia University Medical Center in Manhattan’s Washington Heights, overlooking the Hudson River. Among the most prominent buildings on the site are the 20-story Julius and Armand Hammer Health Sciences Center, the William Black Medical Research Building, and the 17-story tower of the College of Physicians and Surgeons. In 1989, The Presbyterian Hospital opened the Milstein Hospital Building, a 745-bed facility that incorporates the very latest advances in medical technology and patient care.

To the west is the New York State Psychiatric Institute; east of Broadway is the Audubon Biomedical Science and Technology Park, which includes the Mary Woodard Lasker Biomedical Research Building, the Audubon Business Technology Center, Russ Berrie Medical Science Pavilion, and the Irving Cancer Research Center as well as other institutions of cutting-edge scientific and medical research.

In addition to its New York City campuses, Columbia has two facilities outside of Manhattan. Nevis Laboratories, established in 1947, is Columbia’s primary center for the study of high-energy experimental particle and nuclear physics. Located in Irvington, New York, Nevis is situated on a 60-acre estate originally owned by the son of Alexander Hamilton.

The Lamont-Doherty Earth Observatory was established in 1949 in Palisades, New York, and is a leading research institution focusing on global climate change, earthquakes, volcanoes, nonrenewable resources, and environmental hazards. It examines the planet from its core to its atmosphere, across every continent and every ocean.