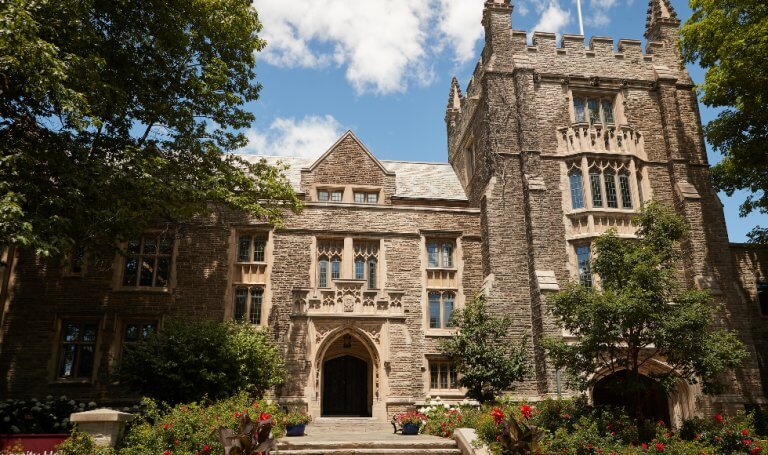 McMaster University (McMaster or Mac) is a public research university in Hamilton, Ontario, Canada. The main McMaster campus is on 121 hectares (300 acres) of land near the residential neighborhoods’ of Ainslie Wood and Westdale, adjacent to the Royal Botanical Gardens. It operates six academic faculties: the DeGroote School of Business, Engineering, Health Sciences, Humanities, Social Science, and Science. It is a member of the U15, a group of research-intensive universities in Canada.

The university bears the name of William McMaster, a prominent Canadian senator and banker who bequeathed C$900,000 to its founding. It was incorporated under the terms of an act of the Legislative Assembly of Ontario in 1887, merging the Toronto Baptist College with Woodstock College. It opened in Toronto in 1890. Inadequate facilities and the gift of land in Hamilton prompted its relocation in 1930. The Baptist Convention of Ontario and Quebec controlled the university until it became a privately chartered, publicly funded non-denominational institution in 1957.

McMaster University has over 27,000 undergraduate and over 4,000 post-graduate students. Alumni and former students reside across Canada and in 139 countries. Its athletic teams are known as the Marauders, and are members of U Sports. Notable alumni include government officials, academics, business leaders, Rhodes Scholars, Gates Cambridge Scholars, and Nobel laureates.